On the wrong side of the media


On the wrong side of the media

Penang Chief Minister Lim Guan Eng is famous for his street-fighter style but he has been fighting on too many fronts and his recent altercation with a popular Chinese vernacular newspaper has stirred up the media fraternity in the state.
BACK in 2010, Chief Minister Lim Guan Eng held up a copy of Guang Ming Daily during an event and praised it for a report about his government. Guang Ming, a Chinese vernacular paper with an established Penang base, had published a front page story about business groups in the state expressing support for his administration.
Guan Eng was very pleased with the report which coincided with his second year in office. But his relationship with Guang Ming is now going through a rather rocky phase.
The fallout apparently started after Guang Ming published a rather flamboyant front page story quoting Guan Eng and his wife Betty Chew regarding a pretty female staff who had been a special officer in Guan Eng’s office before she was suddenly transferred out. The issue had been in cyberspace for some time but it sort of exploded when it was raised at the Malacca Legislative Assembly where Chew has a seat.
The Guang Ming report titled “Yao yan zhi yu zhi ze (Rumours will not harm a wise man)”, among other things, suggested that Guan Eng should have acted the moment the rumours first surfaced.

Media headache: Lim has had a choppy relationship with the Penang media from day one of his administration. He is seen with his politician wife Betty Chew arriving for the public debate with MCA’s Dr Chua.
Shortly after the report was published, a senior Guang Ming editor met her former reporter (now working for Guan Eng) at a funeral wake. During their conversation, the editor passed a remark about the report. Word of it reached the Chief Minister, and he issued a strongly-worded statement accusing the paper of “targeting” him.
Guang Ming is a sister paper of Sin Chew Daily and this media group has a record of standing staunchly by their editorial staff. The paper subsequently front-paged their staff’s version of the issue alongside Guan Eng’s statement. This created a big splash in the Chinese media fraternity, and many journalists were stunned that a conversation at a wake had become a political issue.
It was not the first time Guan Eng was taking issue with the Chinese media in Penang but it had never been on such a scale. In that sense, the Guang Ming episode was a new development in Guan Eng’s ties with the Chinese mainstream media.
The Chinese press has traditionally had a good relationship with the DAP. DAP veteran Lim Kit Siang used to tell close aides in the party that “without the Chinese media, there would be no DAP.”
“We don’t have branches everywhere and our constituents are mostly Chinese-speaking. We would not be where we are today without friends in the Chinese press,” said a senior DAP figure.
Kit Siang has had his share of clashes with the media but he does not believe in boycotting newspapers.
He once told the above DAP figure: “Once you boycott, how do you un-boycott without looking bad?” 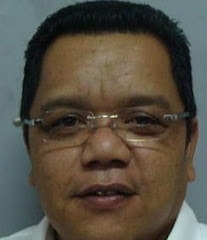 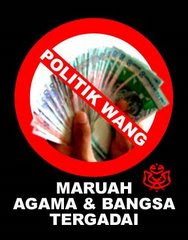